The Dissipative Photochemical Origin of Life: UVC Abiogenesis of Adenine

I describe the non-equilibrium thermodynamics and the photochemical mechanisms which may have been involved in the dissipative synthesis, proliferation, and evolution of the fundamental molecules at the origin of life from simpler and more common precursor molecules such as HCN, H2O and CO2 under the impressed UVC photon flux of the Archean. The fundamental molecules absorb strongly in this UVC region and exhibit strong coupling between their electronic excited and ground states which endows them with efficient photon disipative capacity (broad wavelength absorption and rapid radiationless dexcitation) suggestive of dissipative structuring. The autocatalytic nature of the synthesized molecules in dissipating the same photochemical potential that directed their synthesis leads to their proliferation. The non-linearity in the photochemical and chemical reaction rates provides numerous stationary states which can be reached by amplification of a molecular concentration fluctuation near a bifurcation, promoting the system into states of generally higher photon disspative efficacy. An example is given of the UV photochemical dissipative structuring, proliferation, and evolution of molecules on route to the nucleobase adenine from the common precursor molecules HCN and H2O occurring within a fatty acid vesicle. The kinetic equations are resolved under different environmental conditions, providing a non-equilibrium thermodynamic analysis of the appearance of an early important molecule for the origin of life. 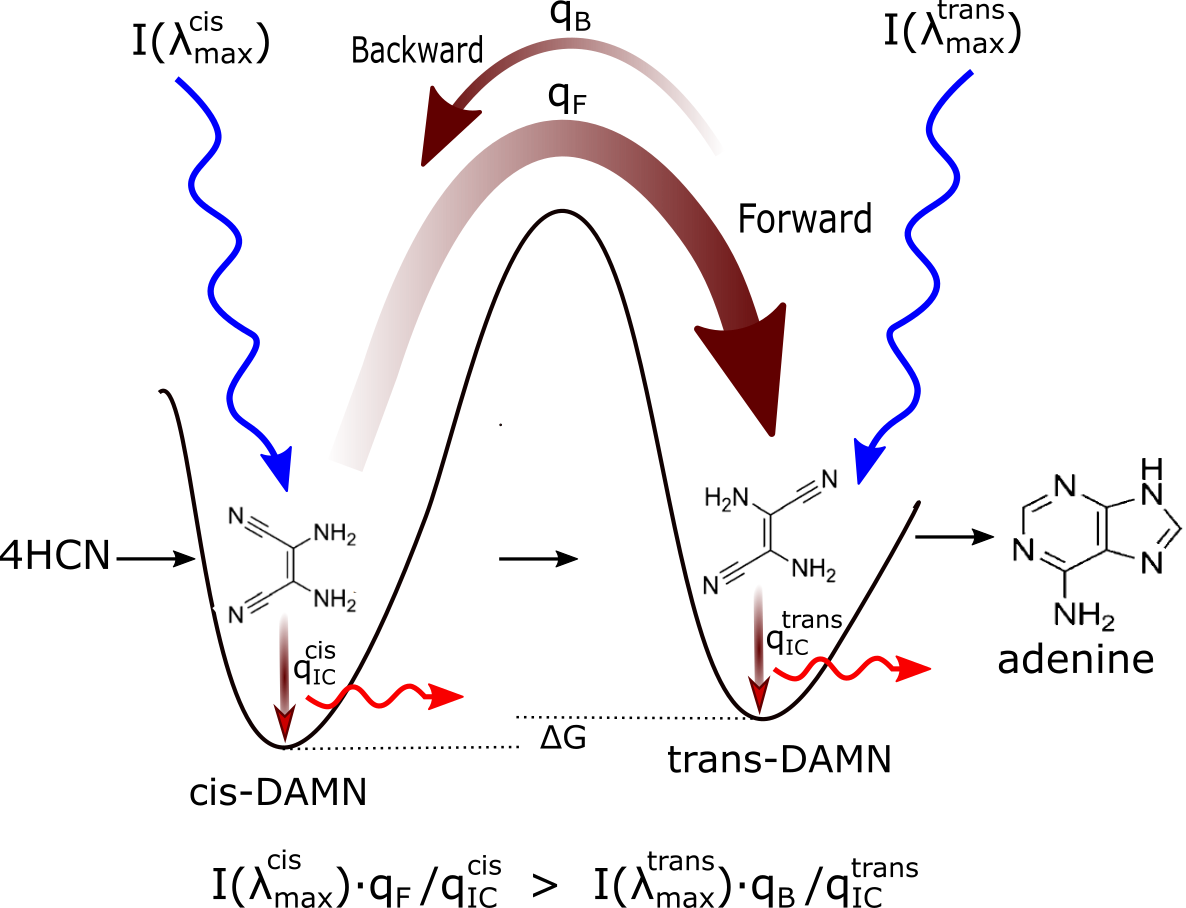