Risk Society and Anti-Politics in the Fracking Debate

Fracking in the UK has yet to reach full industrial development but it is still subject to significant opposition. This study uses Beck’s Risk Society theory and anti-politics to examine the views voiced by opponents to fracking in Yorkshire, England. A qualitative approach was used; local newspaper reports were evaluated alongside semi-structured interviews with protesters to provide a thematic analysis. Although there are signs of post-materialist concerns with the environment these issues did not dominate the discussion. Scientists were not held responsible for the risks involved in fracking. Instead economic greediness of politicians and austerity measures were perceived as putting the environment and people’s health at risk. Interviewees thought fossil fuel energy production was economically advantaged over more sustainable energy and jobs in the low carbon economy. Protesters’ trust in politicians had been eroded but faith in democracy remained. It is suggested a citizen-led deliberative approach to all the concerns raised, not simply those relating to scientific risk, might achieve some level of resolution over fracking in the UK. 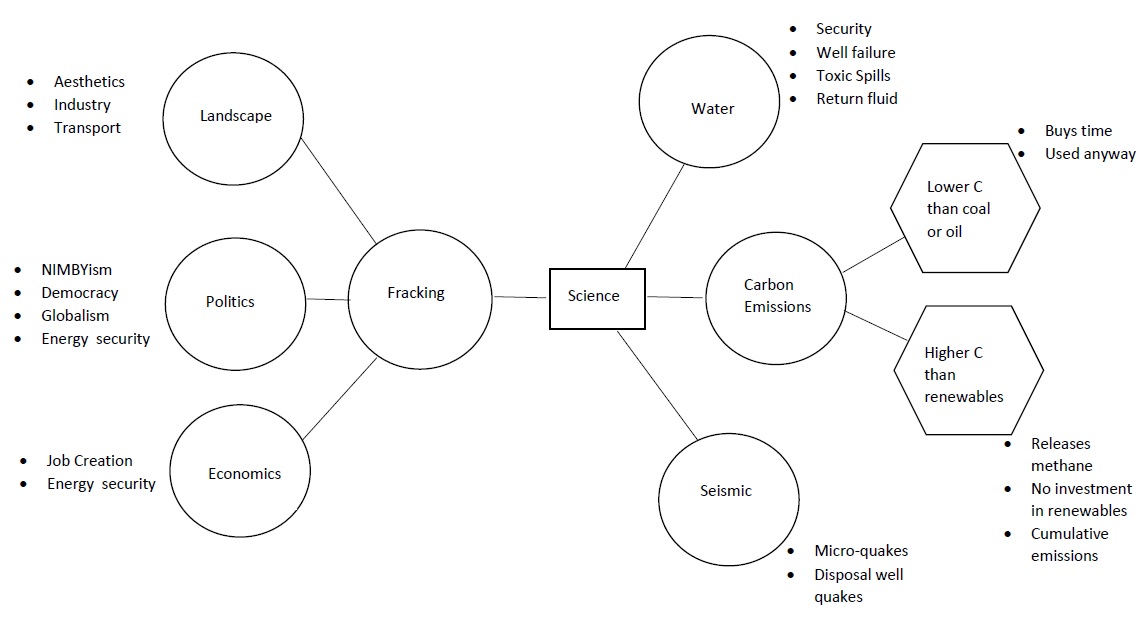