Developing particles of various geometric anisotropic shapes are the hot topic since decades as they guarantee some special features of properties not possible through other means. Again, controlling atoms to develop certain size and shape particle is a quite challenging job. In this study, gold particles of different shapes are developed via pulse-based electronphoton-solution interface process. Here, it is discussed that gold atoms while transition of cold state to re-crystallization state amalgamate at solution surface around the light glow to develop monolayer assembly. The rate of uplifting gold atoms to solution surface is as per the reaction of entering force of electron streams and photons of varying wavelength achieved under optimized process conditions. Prior to uplifting of gold atoms, they dissociated from the precursor through absorption of heat energy given to solution by the immersed graphite rod. On the other hand, packets of nano shape energy developing tiny particles of own shape on binding their energy to energy knots clamping to electron states of atoms of monolayer assembly under the achieved transition state. Simultaneously, atoms of developed monolayer tiny particles start elongating to both sides from their centers under the influence of working surface format force at level of solution surface where electrons deal adjacent placement under orientational-based stretching of clamping energy knots resulting into transform one-dimensional arrays of atoms into structure of smooth elements where tip of each one faces the centre of light glow under their immersing force resulting into pack as one unit. Due to the feature of bipolar pulse having unity ratio of pulse OFF to ON time, each tiny particle is first developed in shape like two joint triangles. As adjacent connection between their two atoms dealing force of opposite pole at perturbed axis, they first separated into two equal triangular-shaped tiny particles under the application of surface format force. They directed as one unit from the regions of formation to pack at already allocated unfilled regions to develop certain shape particle under the force as per their rate of development in different zones of solution surface. Structures of smooth elements of triangular-shaped tiny particles in the reach of packing at centre of light glow further elongate while impinging electron streams at fixed angle. Structures of smooth elements further shape and acquire smoothness under the forcing energy of high density travelling photons at the instant of (on) packing. Depending on the zone of development of tiny particles along with their number of together packing develop various geometric anisotropic shaped particles. At fixed precursor concentration, increasing the process time results into develop particles of low aspect ratio. Under tuned parameters, developing mechanisms of particles of high aspect ratio exhibiting unprecedented features are located. 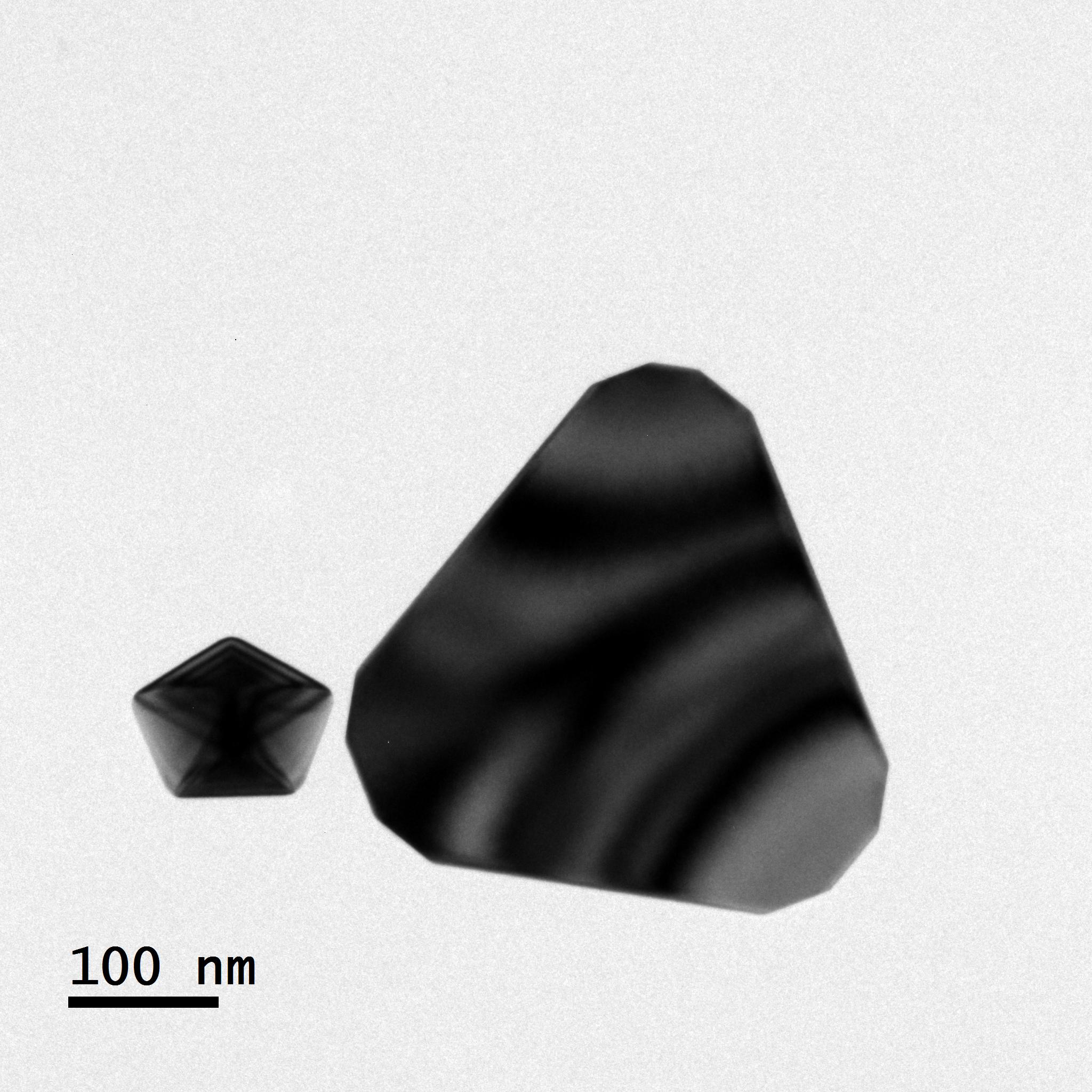