A simple approach was developed to predict corn yields using the MoDerate Resolution Imaging Spectroradiometer (MODIS) data product from two geographically separate major corn crop production regions: Illinois, USA and Heilongjiang, China. The MOD09A1 data product, which are 8-day interval surface reflectance data, were obtained from day of the year (DOY) 89 to 337 to calculate the leaf area index (LAI). The sum of the LAI from early in the season to a given date in the season [end of DOY (EOD)] was well fitted to a logistic function and represented seasonal changes in leaf area duration (LAD). A simple phenology model was derived to estimate the dates of emergence and maturity using the logistic function parameters b1 and b2, which represented the rate of increase in LAI and the date of maximum LAI, respectively. The phenology model predicted emergence and maturity dates fairly well, with root mean square error (RMSE) values of 6.3 and 4.9 days for the validation dataset, respectively. Two simple linear regression models (YP and YF) were established using LAD as the variable to predict corn yield; the yield model (YP) used LAD from predicted emergence to maturity, and the yield model (YF) used LAD for a predetermined period from DOY 89 to a particular EOD. When state/province corn yields for the validation dataset were predicted at DOY 321, near completion of the corn harvest, the YP model performed much better than the YF model, with RMSE values of 0.68 t/ha and 0.66 t/ha for Illinois and Heilongjiang, respectively. The YP model showed a similar or better performance, even for the much earlier yield prediction at DOY 257, compared to that of the YF model. In conclusion, the phenology and yield models were developed based only on logistic changes in remote sensing-derived LAD, and predicted phenological dates and corn yields with considerable accuracy and precision for the two regions selected for this study. However, these models must be examined for spatial portability in more diverse agro-climatic regions. 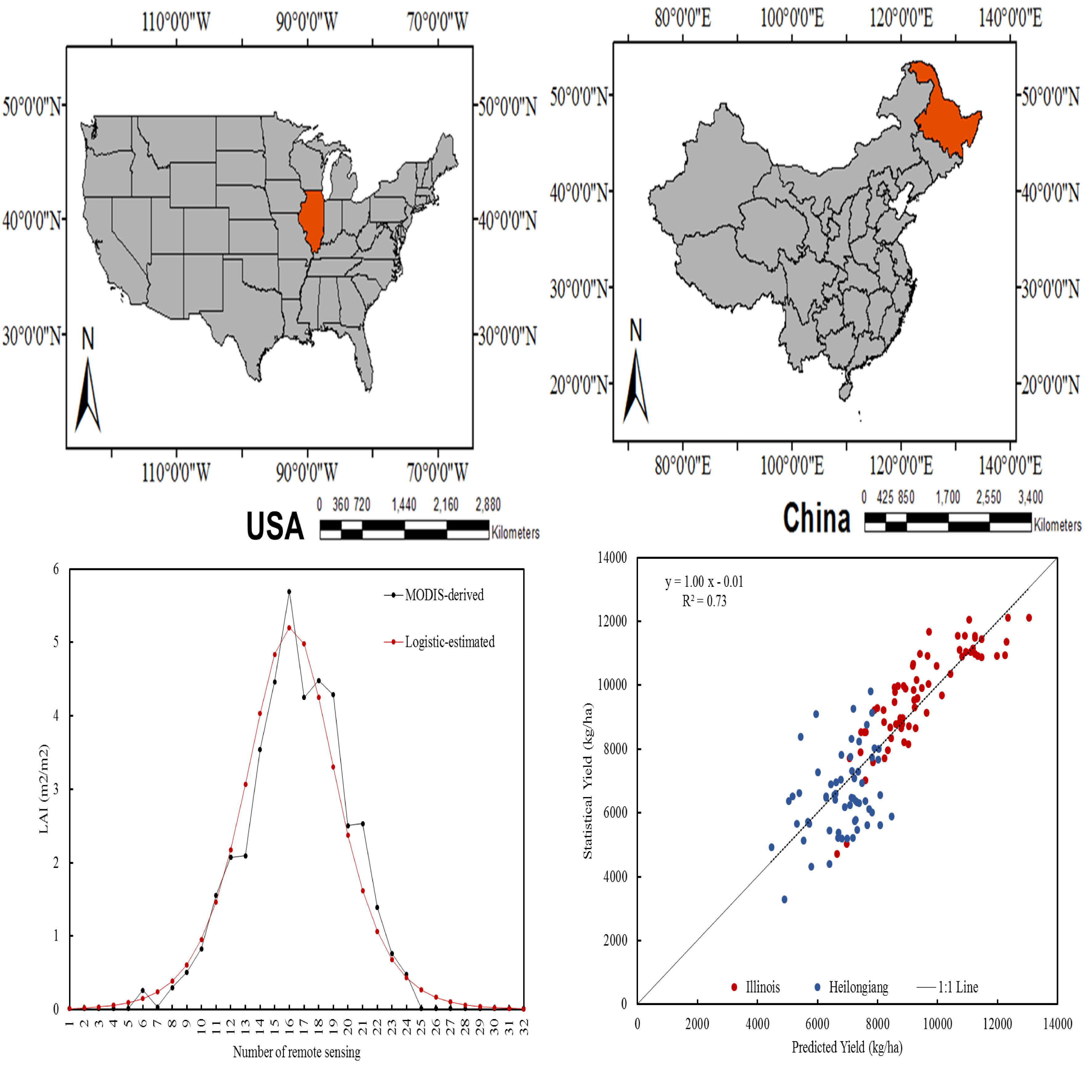