This is a report on a dynamic autonomous magnetic interaction which does not depend on polarities resulting in short ranged repulsion involving one or more inertial bodies and a new class of bound state based on this interaction. Both effects are new to the literature, found so far. Experimental results are generalized and reported qualitatively. Working principles of these effects are provided within classical mechanics and found consistent with observations and simulations. The effects are based on the interaction of a rigid and finite inertial body (an object having mass and moment of inertia) endowed with a magnetic moment with a cyclic inhomogeneous magnetic field which does not require to have a local minimum. Such a body having some DoF involved in driven harmonic motion by this interaction can experience a net force in the direction of the weak field regardless of its position and orientation or can find stable equilibrium with the field itself autonomously. The former is called polarity free magnetic repulsion and the latter magnetic bound state. Experiments show that a bound state can be obtained between two free bodies having magnetic dipole moment. Various schemes of trapping bodies having magnetic moments by rotating fields are realized as well as rotating bodies trapped by a static dipole field in presence of gravity. Also, a special case of bound state called bipolar bound state between free dipole bodies is investigated. 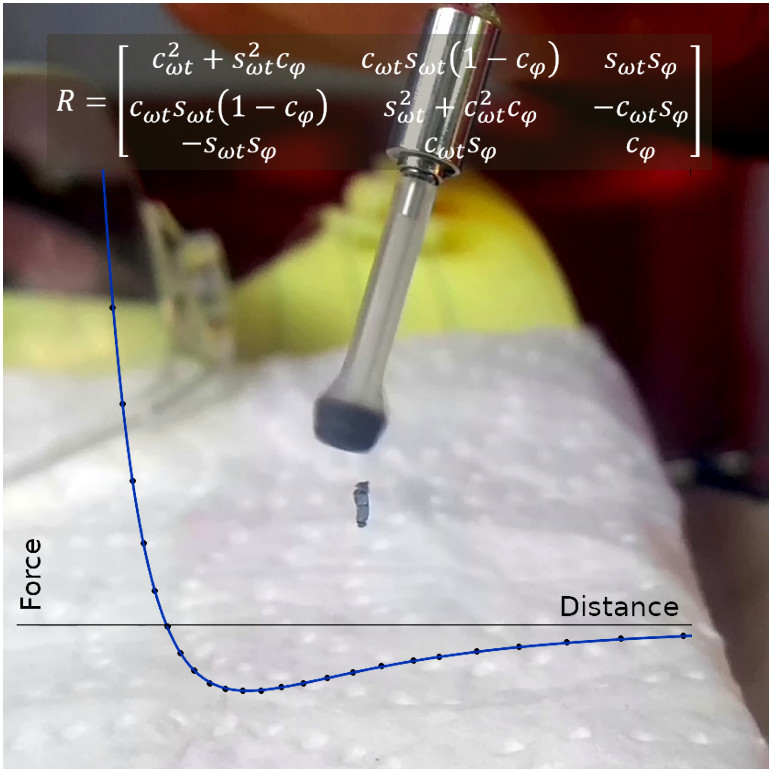 The commenter has declared there is no conflict of interests.
Comment: Available also at Arxiv.org (https://arxiv.org/abs/2009.07082)

+ Respond to this comment
Comment 2
Received: 30 March 2022
Commenter: Eduard Cox
The commenter has declared there is no conflict of interests.
Comment: Can the author comment on the possibility of entrapping a plasma using this technique?

×
Views 0
Downloads 0
Comments 2
Metrics 0
Get PDF Cite Share 0
Bookmark BibSonomy Mendeley Reddit Delicious Publons
×
Alerts
Notify me about updates to this article or when a peer-reviewed version is published.
We use cookies on our website to ensure you get the best experience.
Read more about our cookies here.