The influence of the film thickness and the substrate’s refractive index on the surface mode at the superstrate is an important study step that may help clearing some of the misunderstandings surrounding their propagation mechanism. A single sub-wavelength slit perforating a thin metallic film is among the simplest nanostructure capable of launching Surface Plasmon Polaritons on its surrounding surface when excited by an incident field. Here, the impact of the substrate and the film thickness on surface waves is investigated. When the thickness of the film is comparable to its skin depth, SPP waves from the substrate penetrate the film and emerge from the superstrate, creating a superposition of two SPP waves, that leads to a beat interference envelope with well-defined loci which are the function of both the drive frequency and the dielectric constant of the substrate/superstrate. As the film thickness is reduced to the SPP’s penetration depth, surface waves from optically denser dielectric/metal interface would dominate, leading to volume plasmons that propagate inside the film at optical frequencies. Interference of periodic volume charge density with the incident field over the film creates charge bundles that are periodic in space and time. 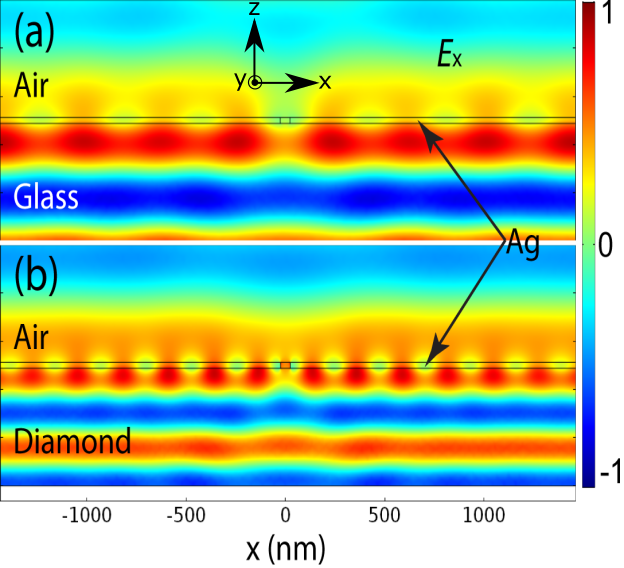