A Consideration of the Relationship between Animals and Their Environment

The relationship of the animal with its environment has been of longstanding interest in philosophy and science. Here I provide a brief introduction to concepts that place an emphasis on mutualism as the basis of organism - environment interaction, in contrast to the long standing view that the environment exerts an instrumental role in shaping the organism. Two influential theories have been von Uexküll’s theory of umwelt and Gibson’s theory of affordances. The former envisioned the animal as immersed in its surroundings (umwelt) to form a functional unit. In a similar manner, the latter theory describes a unity between 1) environmental information that provides the animal with opportunities for action (affordances) and 2) the ability of the animal to perceive and engage with those affordances. These views have influenced more recent ecological models of the organism as the functional unit of biology and have also influenced models of immune function. In ecological models, agency is seen as the ability of the organism to predict and control its engagement with the environment in order to maintain its integrity. The predominant contemporary model of neural function in which perception and action are understood to operate through Bayes-like active inference complements the concept of agency as proposed by the mutualism models. However, it is suggested that rather than a constant mutualism, encounters between organism and environment range over a dynamic spectrum from dualism to mutualism. It is also suggested that along this spectrum, agency emerges when the balance of instrumentality shifts from the environment to the organism, and that the balance of this relationship can further progress towards a felicitous mutualism. Meaning emerges between environmental information and an agent as opportunity for action. Implications for opportunities to foster agency in animals within our care is noted. 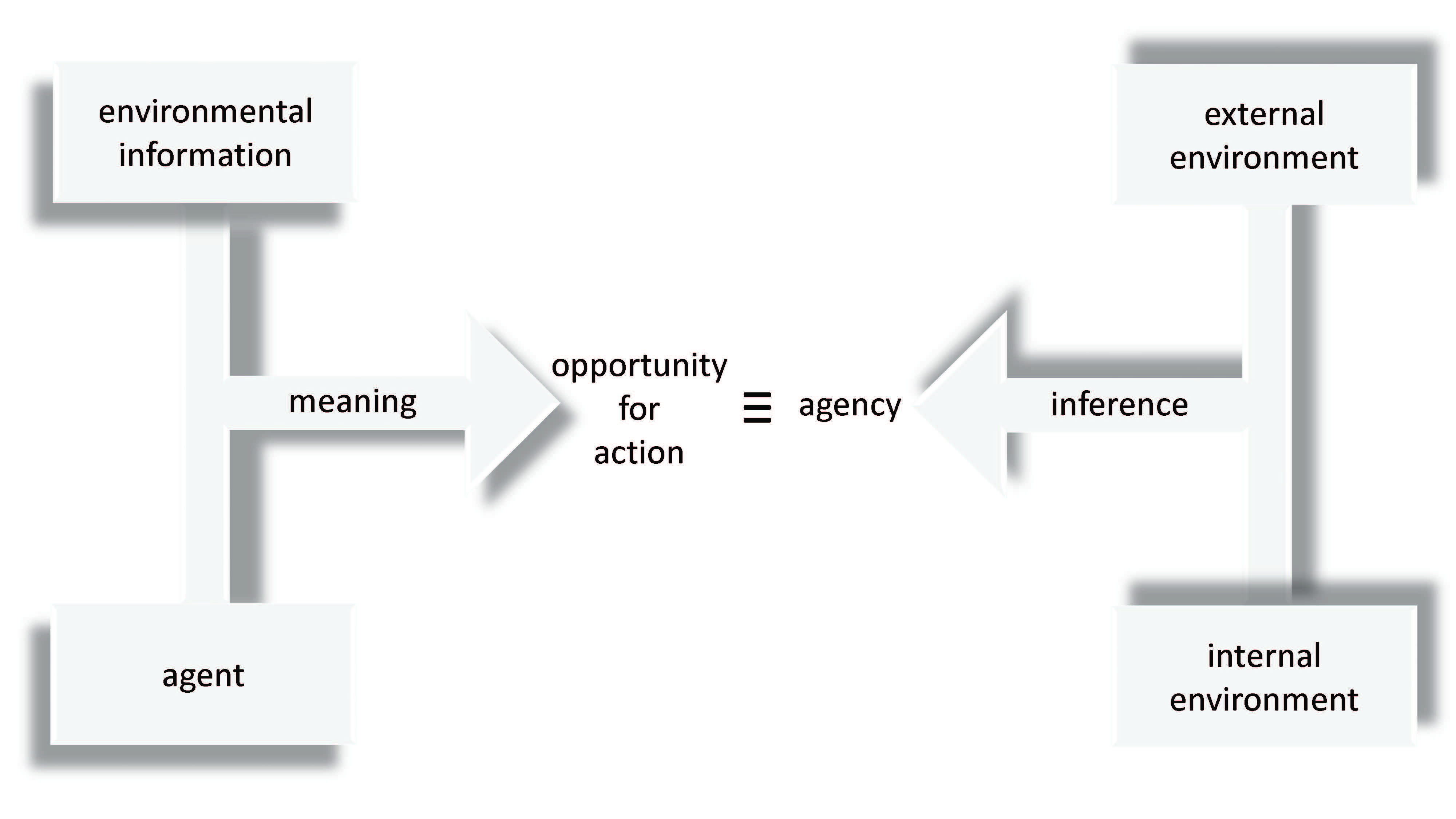