Elliptic scator algebra is possible in 1+n dimensions, n∈N. It is isomorphic to complex algebra in 1+1 dimensions, when the real part and any one hypercomplex component are considered. It is endowed with two representations: an additive one, where the scator components are represented as a sum; and a polar representation, where the scator components are represented as products of exponentials. Within the scator framework, De Moivre’s formula is generalized to 1+n dimensions in the so called victoria equation. This novel formula is then used to obtain compact expressions for the integer powers of scator elements. A scator in S1+n can be factored into a product of n scators that are geometrically represented as its projections onto n two dimensional planes. A geometric interpretation of scator multiplication in terms of rotations with respect to the scalar axis is expounded. The powers of scators, when the ratio of their director components is a rational number, lie on closed curves. For 1+2 dimensional scators, twisted curves in a three dimensional space are obtained. Collecting previous results, it is possible to evaluate the exponential of a scator element in 1+2 dimensions. 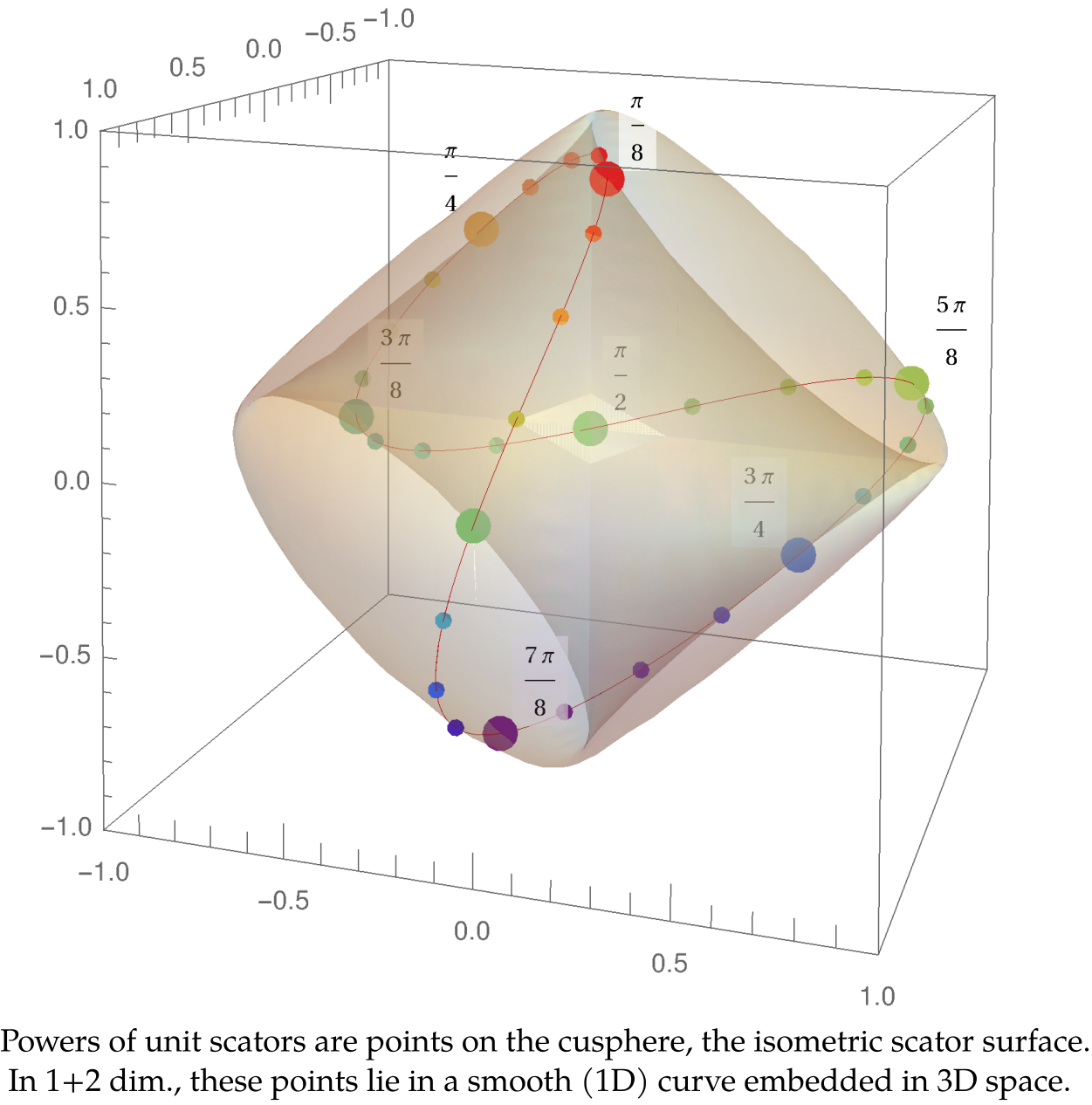