We define a new seasonal forecasting method based on fuzzy transforms. We use the best interpolating polynomial for extracting the trend of the time series and generate the inverse fuzzy transform on each seasonal subset of the universe of discourse for predicting the value of a an assigned output. Like first example, we use the daily weather dataset of the municipality of Naples (Italy) starting from data collected from 2003 till to 2015 making predictions on the following outputs: mean temperature, max temperature and min temperature, all considered daily. Like second example, we use the daily mean temperature measured at the weather station “Chiavari Caperana” in the Liguria Italian Region. We compare the results with our method, the average seasonal variation, ARIMA and the usual fuzzy transforms concluding that the best results are obtained under our approach in both examples. 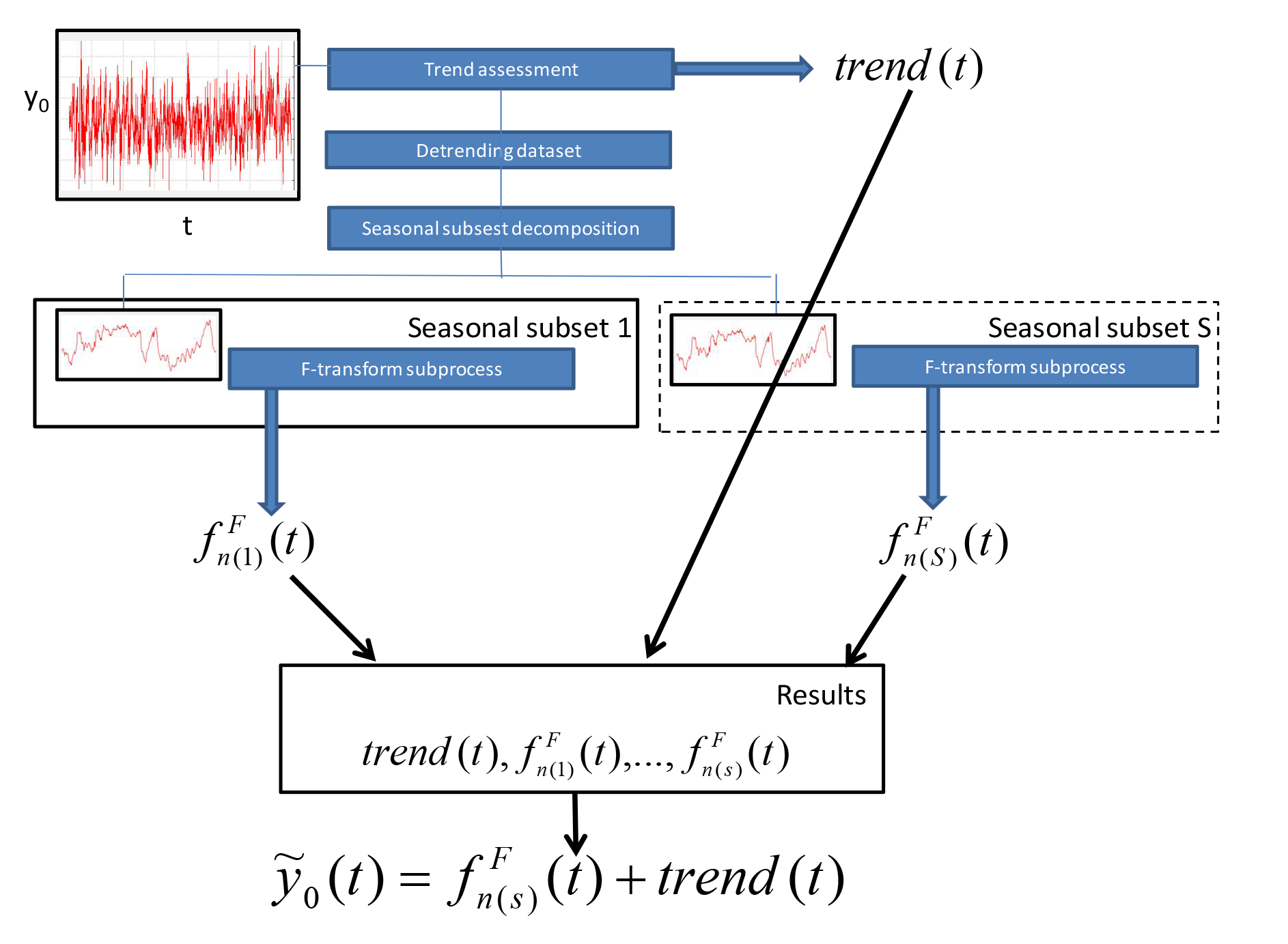